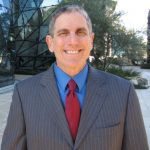 I have been practicing law since 1985. Click here for a Certificate of Good Standing. The majority of my practice involves issues surrounding the elderly. I am a member of both the "Elder Law" section of the Florida Bar and the " Real Property, Probate, and Trust Law" Section of the Florida Bar. I attend seminars devoted to issues affecting inheritances. Click here for a partial list of attended seminars. In addition to the State of Florida, I am also admitted to the bar of the following Courts:

From All Saints Luthern Church

From Shirley A. Rodriguez

From John A. Gill

From Lorraine and Bob Koryus

From Donna Wise - re: Summary Administration

From Adelaide Gmutza - re: Formal Administration